Bioelectromagnetics is the study of the interaction between electromagnetic fields and biological matter such as living cells, tissue, nerves and muscles.  BEMER is a German company which has been studying Bio-Electro-Magnetic Energy for sixteen years.  Dr. Rainer Klopp, an independent researcher who specializes in microcirculation has studied the patented BEMER signal which is the only Pulsed Electro Magnetic Field Therapy (PEMFT) that has been scientifically proven to be beneficial to health.  Dr. Klopp has discovered that the Bio-Electro-Magnetic Energy Regulation (BEMER) signal works at the microvascular level where seventy-five percent of the body’s function occurs.   NASA has also studied the BEMER signal and after four years of study NASA announced, “NASA and BEMER signed a cooperation agreement that governs the joint development of a prototype of a space suit, which improves microcirculation while preventing bone and muscle atrophy during space missions. It should also assist recuperation after space travel”. 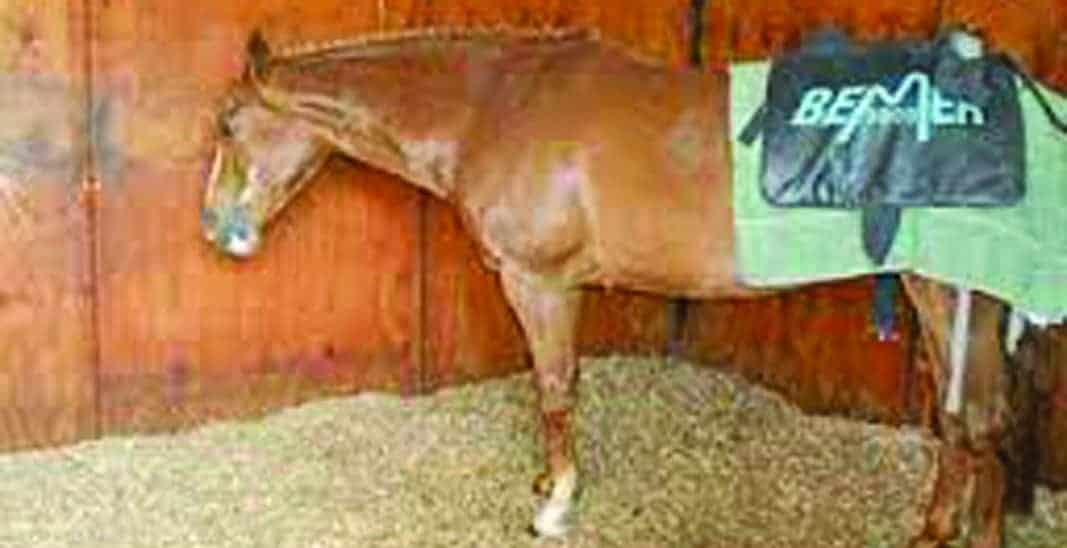 What does this mean to you and your animals?  It means that the body’s function can be greatly influenced by the BEMER signal resulting in better sleep, faster recovery from surgery or sports injuries, less fatigue associated with many auto-immune disorders, and freedom from cataracts without surgery, to name a few.  I do not believe there is any disease process which does not benefit from this therapy option.

Why do I believe all and any disease processes will respond to the BEMER signal?  Our bodies are fueled by oxygen.  Oxygen is carried by the blood vessels from the lungs through the heart to the body and back to the heart to the lungs.  The vascular system is like a river system that gradually changes from a large river to small river to stream to creek to the more stagnant waters of the marsh or swamp.  The marsh or swamp is analogous to the microvascular system.  At any given time, seventy-five percent of your blood volume is in the microvascular or swamp system.   So, if the microvascular system is pulsing with the BEMER signal at 1200 cycles per second, the blood will flow out of the swamp back into the creek, stream, small river to the large river and to the heart and lungs.  All the body’s functions occur in the microvascular swamp region of the body.  More blood flow means more oxygen which means faster recovery times from injuries.  Many of the injuries occur in the microvascular regions.  An example of this is bruising.  Trauma injures the micro-vessels causing them to leak, and blood flows out into the tissue much like flood waters escape the river banks. A BEMER signal stimulates oxygen flow, speeding recovery of the micro-vessels.

Why be excited about the German BEMER device and bioelectromagnetic energy regulation?  This device increases blood flow through the micro-capillary system.  The increased flow translates into an upturn in mood, less depression, decreased fatigue and faster recovery from mechanical and oxidative stress injury.  Besides BEMER use for injuries, as we age, just as when we experience trauma, the micro-capillaries pulse less, resulting in stagnant blood flow at the cellular level.  This means less oxygen available to the cells for their minute by minute functions.  Less oxygen means slow to heal or non-healing trauma leading to chronic pain, muscle loss, pre-cancerous lesions, poor functioning immune system, depression, and foggy thinking.

Why would I want to use this therapy for myself or my animals?  The benefits of increased blood circulation body wide are tremendous.  Think of increased performance with less anxiety.  More oxygen to muscles in athletes results in less lactic acid produced by muscles which are under oxygenated.  Lactic acid build-up in the muscles creates fatigue and muscle cramps.

Maximum capacity function would also strengthen the immune system, so there would be less respiratory disease stress for people and animals who travel frequently.  Who does not want maximum health for themselves or their animals?  Maximum health means less money spent on medications to “clean-up the mess” secondary to suboptimal health.  The way to good health does not come in pill form.  It is a multi-faceted path including nutrition, minimizing stress and maximizing the immune system.  This works for humans, animals and plants.

At the cellular level, the spark of life is created in the mitochondria.  These organs within each cell of our bodies produces energy, which in turn enables the entire organism to function.  Our bodies operate on electrical energy and we are positively influenced by the BEMER signal.  Energy medicine is powerful medicine.  Research in plants show that when exposed to Classical music plants tend to lean toward the speaker, while shrinking away from Hard Rock music.  I believe their bioelectromagnetic fields are more balanced when exposed to classical music and are more erratic, chaotic when exposed to Hard Rock music.  I feel the harmony and disharmony in my own body the same as the plants in these experiments.

I have experienced the BEMER device.  For two days, after my first session, I was pain-free and euphoric.  I have been using it on a patient as well.  My patient, a cat, experienced nerve damage after a gunshot wound to the spine.  After his first session, while weak in the hindlegs, he was able to stand unassisted for ten seconds.  Nerves heal much slower than tendons, which take a year to recover from an injury.  After three sessions, he is able to lift his rear end off the floor two inches and take shuffling steps for three to five steps before collapsing.  After five sessions, he is able to stand forty-five seconds. It will take time, but I believe this cat will walk again. I believe it will take less time with the BEMER therapy than without.

I hope you will choose to experience the energy regulation BEMER device for yourself and your animals.  For more information about the BEMER device contact Wayne Reiche at waynereiche@gmail.com or 608-369-1093.  I can be reached at DrRoxi@rivercountryaw.com.