Would you know if someone was suffering from a concussion?

Would you know if someone was suffering from a concussion? 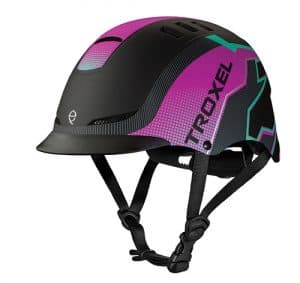 Concussion Basics
According to the Center for Disease Control, a concussion is a type of traumatic brain injury (TBI) caused by a bump, blow or jolt to the head, which causes the brain or head to move back and forth rapidly. When that happens, inside your head your brain will bounce or twist around, damaging the brain cells, thus creating chemical changes in the brain. Concussions cannot be captured on any imaging because there are no abnormalities, says Dr. Lola Chambless, a neurosurgeon at Vanderbilt University in Nashville, Tenn., and longtime eventing rider. “The symptoms are purely a clinical diagnosis—you will not see anything on a CT scan or MRI.

Signs and symptoms of a concussion are:

Is It a Concussion?
Because most falls can happen when you’re not at a sanctioned equestrian event, most concussions can go undiagnosed. 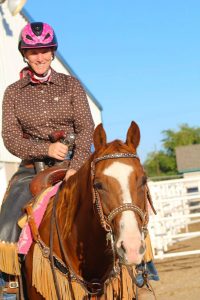 “Things like that happen all the time, and most people generally are not going to seek medical attention unless they are very symptomatic,” says Dr. Chambless.

Dr. Chambless has worked with the National Football League to help come up with a concussion protocol to be used along the sidelines at the games to help diagnose players with concussions. And while the protocol’s questions are football specific, they can be modified for any sport. She strongly encourages trainers, instructors and riders to all learn to ask these questions any time a fellow rider has come off their horse.

The series of questions are fairly simple to essentially test immediate and short-term memory of the person in question. Questions may include: Where are we riding today? What color is your saddle pad? Where did you last show your horse? What’s your horse’s name? If she/he cannot answer one of these questions, it is recommended to have a physician see them to make a further diagnosis.

Can a Helmet Prevent a Concussion?
While approved helmets do reduce the chance of a lethal head injury and can save your life, they do not prevent concussions.

Helmets are designed to limit the types of forces that cause skull fracture and intracranial hemorrhage, which are things that are going to kill you or leave you with neurologic problems. Unfortunately, they are not designed to affect the forces that generally we believe can cause a concussion.

“Unfortunately, there is no safety gear out there currently that really reduces your chances of concussion from a fall of 6 feet, which is basically what your assuming you’re going to fall from in most equestrian injuries,” says Dr. Chambless. “We can’t prevent people from falling off, but we can make it a lesser risk by wearing a helmet and riding in safe situations.”