Eleven years after he lost his leg in a motorcycle accident that no one thought he would survive, Mike Johnston found himself on a horse last spring, a cowboy for a week, herding cattle through rolling Wyoming terrain with a dozen other former and current members of the United States military.

Mr. Johnston, 31, a petty officer third class in the Navy when he left the service in 2010, was part of the Jinx McCain Horsemanship Program, started in 2011 by the Injured Marine Semper Fi Fund, which provides financial assistance and lifetime support to ill, injured and wounded post-9/11 service members.

Mr. Johnston recalled a magnificent ride framed by snow-capped mountains. The ride was challenging for Mr. Johnston, who had little experience on a horse and none as an amputee, but he said he felt serene, then, down the trail, even elated.

“Being in that environment is really conducive to thinking a lot of thoughts,” he said.

The Semper Fi Fund, established in 2004 by Marine Corps spouses, offers similar programs in other sports, including running, cycling, swimming and skiing. The horsemanship program, named after a Marine colonel who was awarded four Purple Hearts, is of particular interest to Karen Guenther, Semper Fi’s chief executive and a founder.

Ms. Guenther is a civilian nurse whose husband, Glenn, is a retired Marine colonel. At the time she started the program, they were stationed at Camp Pendleton in California. Horses are nonjudgmental, Mrs. Guenther said, and a ride for anyone can be therapeutic.

“They give you unconditional love,” Ms. Guenther said. “It’s just so healing.”

Charities like the Semper Fi Fund for military veterans have proliferated in recent years. Ken Berger, the president and chief executive of Charity Navigator, a watchdog organization, said it was possible that as many as 100,000 organizations collect money on behalf of veterans.

The Semper Fi Fund received a rare four-star rating from Charity Navigator and an A-plus grade from Charity Watch. Other A-plus-graded veterans-related groups are the Fisher House Foundation and the Intrepid Fallen Heroes Fund.

(The Fisher House Foundation, which provides housing for families of patients receiving medical care at military and V.A. medical centers, received $250,000 of the $1.4 million that President Obama got for winning the Nobel Peace Prize in 2009.) 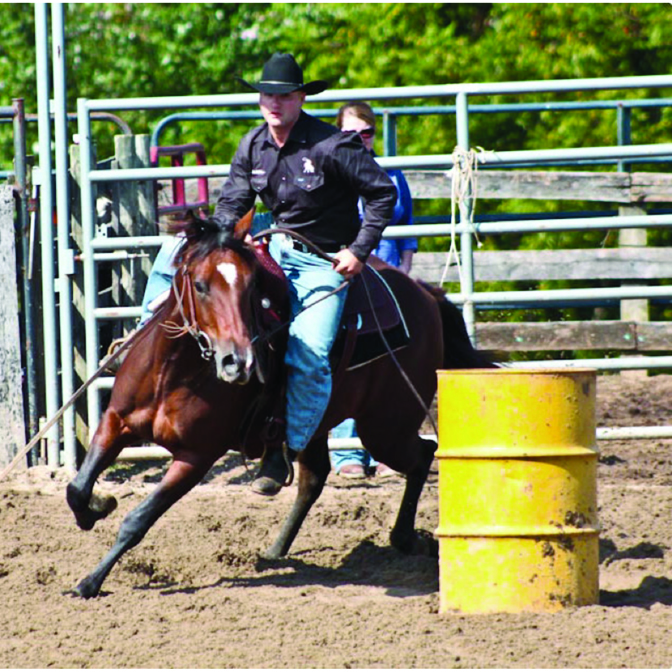 According to a spokeswoman for the Semper Fi Fund, the Wells Fargo Foundation and the Home Depot Foundation are the charity’s corporate foundation sponsors, and GoDaddy, Cisco Systems, BP, Skylla Engineering, Flir Systems, TriWest Healthcare Alliance and USAA are corporate sponsors.

Ninety-nine percent of donations come from private donors, with 95 percent going back to services. The Semper Fi Fund does not hold direct-mail campaigns. It does hold fund-raising and awareness events, and it is a member of the Combined Federal Campaign, through which federal, civilian, postal, and military donors can support the charity.

The Semper Fi Fund (“semper fi” is shortened Latin for the Marine motto meaning “always faithful”) has issued more than 79,500 grants totaling more than $98 million in aid to more than 12,600 service members and their families. Through activities like the horsemanship program, Semper Fi also provides an emotional lift – a challenge, rather than just a check.

Running the program is Col. John Mayer, a Marine who did two tours in Iraq as an infantry battalion commander, then served for two years as the commander of the Wounded Warrior Regiment, the official Marine Corps command that provides nonmedical recovery care to wounded, ill and injured Marines and their families. Colonel Mayer said of those who ride, “They can bond with a horse without having to be anything other than what they are right then.”

Ten service members from the Wounded Warrior Regiment, including former patients at the Walter Reed National Military Medical Center, participated in the first event in June 2011 — a cutting-horse classic in Nokesville, Va.

The program was a success and events were added, the most recent of which was a roundup in October at the Air Force Academy in Colorado Springs. Joe Qualls, 34, a former Army sergeant who lives in San Diego, was among the participants.

Mr. Qualls said he has dealt with post-traumatic stress disorder and depression since his tour of Iraq ended in 2005. He signed up for the program because, like Mr. Johnston, he had ridden when he was younger, and it sounded tough.

“The thing about horses is that they force you to deal with things,” he said.

Assigned to ride a black-and-white horse named Splash, Mr. Qualls soon discovered that Splash would walk away if Mr. Qualls wanted to mount him but was in a bad mood. Mr. Qualls learned to temper his mood, and Splash became much more willing to participate.

“He was a stubborn horse, but he was the perfect horse for me,” Mr. Qualls said. “He pushed me. Pushed my limits.”

During the event, Mr. Qualls, much like Mr. Johnston on the ride in Wyoming, began talking to others about their military stints – the bad and the good. Mr. Qualls said, “By that last night, we were talking, sharing stories about our hardships.”

The participants can talk about their time in the military as much, or as little as they want, but Colonel Mayer said the setting seemed to be conducive for emotional healing. He said, “There’s nothing like a good campfire to get them talking.”

He said the next event in the horsemanship program was scheduled for April in Jackson, Miss. Ideally, he said, he would like to organize events all over the United States, because there is a demand for them — and because the benefits have become obvious to him.

“It does something to your spirit that you can’t get from a computer, or taking a subway to a business and sitting inside to do your work,” Colonel Mayer said.

Mr. Johnston and Mr. Qualls would love another chance to ride, but they also said they wanted to give other service members a chance. Mr. Johnston, who was injured outside Naval Air Station Oceana in Virginia Beach, said he enjoyed his experience, even though he became so frustrated with trying to ride with a prosthetic leg that he ended up tying it to his saddlebag.

“A prosthetic leg is very unforgiving,” he said. But he helped herd the cattle to a ranch, and he moved a step further in his long recovery.

“We stay with families as long as they need us,” Ms. Guenther said. “The injuries are complicated. They’re not one or two weeks. They’re years.”

She added, “We look at it as a journey.”

In July, for the fourth year, Semper Fi Fund and America’s Fund – Jinx McCain Horsemanship Program (JMHP) saddled up wounded, critically ill and injured active duty service members and veterans for an authentic cowboy adventure in the majestic Big Horn Mountains, at the Double Rafter Ranch near Sheridan, Wyoming. For service members who dream of being a cowboy or cowgirl, this clinic provided the experience of ranching done 150 years ago, far from any signs of modern civilization of conveniences.

For our equestrian loving veterans, it just doesn’t get any better or more cowboy than this! They started off branding calves in a high meadow and then spent the remainder of the week driving a herd of cattle through high mountain parks and canyons, across pristine rivers, and through tall aspen and pine forests, to the herd’s new pasture some 40 miles from where they started. They and their horses worked as a team, and together with their fellow JMHP riders kept the wily bovines in line and moving in the right direction. They typically spent 10-12 hours a day in the saddle; ate around the fire; took baths in mountain snow-fed rivers; and slept soundly each night under a blanket of stars. Though they had sore muscles from the long day’s ride, they had a satisfied smile on their faces knowing they measured up with the cowboys of days long ago. This is an opportunity of a lifetime to experience a true cattle drive and one not to be missed!

Dr. Robert Koffman, Medical Director, Honorary Board Member, Captain, USN (Ret.) for Semper Fi, (shown here) has operational mental health expertise unparalleled in Navy medicine. He is available for interviews for Mental Health Awareness & PTSD to discuss the healing benefits of Recovery Through Sport and the programs that help our veterans reintegrate into their neighborhoods and communities and thrive.

It’s important to remember the following: