Road to the Horse Celebrates the Cow Girl in 2017

Road to the Horse Celebrates the Cowgirl in 2017

Known for exploding boundaries and staying ahead of the curve, Road to the Horse 2017 will be no exception. The very first all-ladies, World Championship of Colt Starting, will gather the best horsewomen in the world for a competition like no other. “It was time to do an all-ladies Road to the Horse” states Road to the Horse Owner/Producer Tootie Bland. “I believe a lady can compete with a man, Stacy Westfall proved that, but it is time to celebrate the cowgirl and the passion that drives us.”

For the first time in Road to the Horse history, the first two competitors for the following year’s event were announced during the current year’s event. Accomplished horsewomen in their own right, both Barbara Cox and Sarah Winters Dawson will make their way into the WW Livestock Systems round pens in 2017. 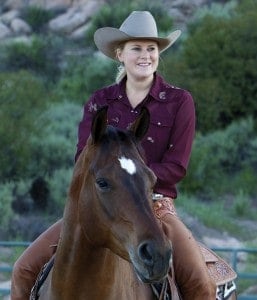 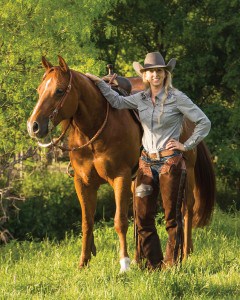 Barbara Cox, wife of undefeated Road to the Horse World Champion Chris Cox will compete for the title in 2017. Chris Cox is a master of colt starting with World Championships wins in 2007, 2008, 2011 and 2015. Now playing the role as Pen Wrangler, Chris will assist his wife as she steps into the spotlight in 2017.  Wife, mother and successful Reined Cow Horse competitor, this will mark the very first time Barbara Cox has walked into the round pen at Road to the Horse.   “The term horsemen is not just for men, but also women” states Barbara. “Horsewomen are the backbone, the wheel that keeps this industry turning. Compassion, kindness yet firmness are a few traits a horse can sense in us. I am looking forward to Road to the Horse 2017 and being a part of history.” 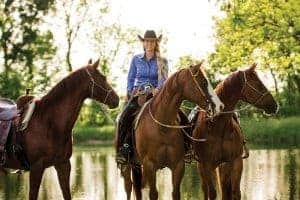 Sarah Winters Dawson, like her father Richard Winters, is a Road to the Horse veteran. Dawson is not only a past competitor at Road to the Horse, she has been her father’s Pen Wrangler every time he has stepped into the round pen at Road to the Horse. Sarah has earned two NRCHA World Championships, was the 2015 Snaffle Bit Futurity Limited Open Champion, along with being a finalist in every NRCHA premiere event. Although cow horses are the main focus of Sarah’s equine business, she also has experience training and showing in the English discipline of Three-Day Eventing. Sarah, along with her husband Chris Dawson operate Dawson Performance Horses in Aubrey, Texas.

“I am very excited to be a part of Road to the Horse 2017” announced Sarah. “It is an honor to be among a field of very talented ladies in this first all-ladies competition. We’re all going to bring our A-game, so it will certainly be an exciting event to watch.” 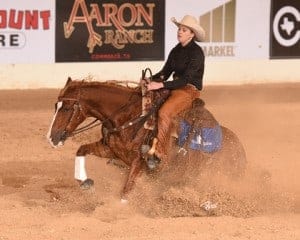 A vision of Steven and Tootie Bland, Road to the Horse was created with passion and perseverance. Steven and Tootie were believers in a message they wanted to share with the world. The message: create a relationship which is based on a foundation of trust with the horse, and everything else can be accomplished. Fans at Road to the Horse, follow the journey and witness an accumulation of a lifetime of passion and knowledge be put to the test as elite clinicians from around the world face off for the coveted World Championship of Colt Starting title. Fans witness partnerships develop before their very eyes, they witness the setbacks and witness the triumphs, as competitors build a relationship with an untouched 3-year-old American Quarter Horse which will then be put to the ultimate test, where only one can walk away with the World Championship of Colt Starting title.